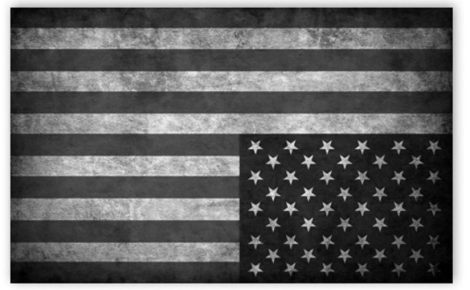 Donald Trump has proven repeatedly that he is a “Clear and Present Danger” to the American people and world peace (if you need proof, just stop reading; this column is written based on the assumption that our readers do have gray matter in their heads and have been paying attention to the impact our president is having on the most vulnerable among us and upon world peace).

Now, if you’re still reading, this is what is required. Whatever else we may be doing personally or professionally, we each have an obligation as children of God to oppose Donald Trump and his policies at every turn. We have a duty to our children and grandchildren and those we will never know who will follow them. We have inherited a legacy of a nation that, though imperfect, has generally been on a trajectory of improvement on human rights. That all changed in November 2016.

Stunned at the idiocy of the American people, I declared after the election to several friends that I was done with politics. It didn’t help that for 17 days of early voting, I experienced some of the most hateful comments ever directed at me – by so-called Christians. So, although I was the campaign manager for the most honorable person I have ever known to run for office – Art Sherwood, who ran for the North Carolina State Senate – after the election, I was determined to walk way. In fact, despite efforts by some friends and colleagues to immediately launch an effort to refute the inevitable disaster that we all knew was unfolding, I refused to participate. I said that the American people had chosen the idiot and could live with the consequences; I was “going back to the woods.” That was selfish. We can’t live with the consequences.

Indeed, before the election, I wasn’t a fan of Hillary Clinton and cast my primary vote for Bernie Sanders before ultimately voting for Clinton in the General Election. She was not my first choice, but I was – and am – confident that she would not have undone 240 years of American progress. So, admittedly overconfident like so many others, I looked forward to a better and relaxing 2017. Well, it didn’t turn out that way. So, as has been said before, these are times that try our souls. Indeed.

So, please, do what you can to save our nation. I personally have “set my face like flint” and will not turn to the left or to the right until Donald Trump is but a mere (albeit embarrassing) footnote in our history. It is my duty. It is our duty.

Trump must be stopped. He is unfit for the job. He lacks the historical knowledge, intellect, diplomatic skills, and ultimately basic human empathy that his job requires.

My outlook is not made in a void or out of a personal hatred for Donald Trump (though he does all he can to invite it). It is informed by Catholic social teaching. Yes, my faith informs my writing, my actions, and I hope all that I do. And that faith is not remotely close to the one espoused by the “Religious” Right.

What I learned about following Jesus came from my parents, from the nuns at St. Mary’s Grade School and Notre Dame High School in Clarksburg, W.Va., and from the priests at two parishes – Immaculate Conception in Clarksburg and later in life at All Saints in neighboring Bridgeport. These people and institutions were not perfect. I challenged virtually everything I was taught. I studied the scriptures myself. I scrutinized the Catechism. I have had more than one “dark night of the soul.”

Ultimately though, after 61 years, I have concluded I was exposed to some pretty solid teaching – and thank God, mentoring. This is what I learned, and believe even more strongly today: the “United States Catholic Catechism for Adults,” teaches, “A basic moral test is how our most vulnerable members are faring. In a society marred by deepening divisions between rich and poor, our tradition recalls the story of the Last Judgment (Mt 25:31-46) and instructs us to put the needs of the poor and vulnerable first” (p. 423).

Clearly, Donald Trump – and for that matter, it would seem the entire (ahem, Christian) GOP – could not care less about the poor and vulnerable. Their enacted and proposed domestic policies will cause great pain and suffering to our most vulnerable citizens. Trump also is quickly destabilizing every volatile region of the earth through his bellicose policies and ignorant tweets.

He must be stopped. He is unfit for the job. He lacks the historical knowledge, intellect, diplomatic skills, and ultimately basic human empathy that his job requires.

So, he must go. His cabinet, if it had just one person of principle, could easily make a case to remove Trump by invoking the 25th Amendment to the U.S. Constitution. Lacking that, it would seem impeachment is inevitable, but again, that requires courage within Trump’s own party. I see nobody in the GOP with such courage.

Of course, in 2018, we can take away his Republican majorities in Congress. That will help, but it may be too late. And should the Democrats win, they are just as susceptible to the intoxicating effects of power as any other human, so they must be diligently monitored as well.

Clearly, any and every strategy that will remove or mitigate Donald Trump – so long as it is peaceful and within the law – must be employed. If you care about peace and justice, you must stand against this evil president. It doesn’t matter how. You know the highest and best use of your talents. Put them to work for this cause. Pray; write a song; run for office; support organizations that are fighting Trump; and, for God’s sake, vote! It is your most precious freedom. Not voting is being a lousy steward of the rights you enjoy that were paid for by the blood of your ancestors.

The Republicans love to quote scripture to justify their policies. How they justify an alliance with Donald Trump, is on the surface, mystifying. Ultimately though, it isn’t. They’re just liars. They use religion to get votes, but ultimately simply want power to enact an agenda totally inconsistent with American values and history.

So, let us respond appropriately: “Take no part in the fruitless works of darkness; rather expose them” (Ephesians 5:11).  You need not be a Christian to understand this. If you have eyes to see and ears to hear, you know what is going on. As such, you know your duty. Let’s get about doing it.