“Our two parties have become nothing but two wings of the same bird of prey.” – Patrick Buchanan

RALEIGH, N.C. – Contrary to popular belief, North Carolina does not have a two-party system. We have two organized groups vying for political power, much like sports teams compete for championships, or street gangs fight over turf. But they’re in the same league. 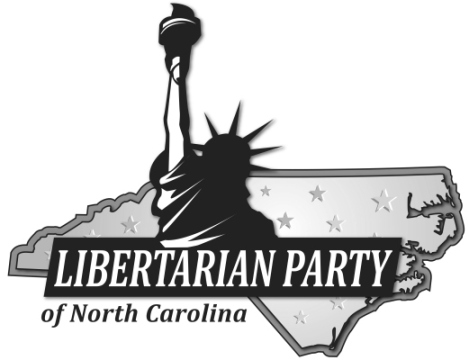 The modern Democratic and Republican parties have evolved (or devolved) into what the founders of this nation feared – factions. They claim to be different, to be “for” the poor, or the disadvantaged, to stand for small government and lower taxes. They call themselves conservative or progressive (liberal is no longer a popular term).  Yet the only real difference is that one is in power and the other is out.

Both they will do whatever it takes and pander to whatever voting blocs, special interest groups, or major donors want to win an election. Once in power, they do basically the same thing because as they spend money they expand government control, thus limiting individual freedoms. That’s because both establishment parties are owned lock, stock, and barrel by the same people. Big Government, Big Business, Big Labor — Big Whatever – support both wings of the political establishment.

They are, as Pat Buchanan characterized them, “two wings of the same bird of prey.”

Does that sound harsh? Maybe so. But if you look at what Democrats or Republicans actually do when they are in power, not what they way when they are seeking power, the stark reality is clear.

When Democrats controlled state government they ignored and dismissed the Republicans. Now that the Republicans are in charge, they’re doing the same. Neither party is interested in compromise. Their priority is to push the agenda of whatever special interest group currently holds the most sway, whether it’s progressive teachers’ unions or fundamentalist Christian groups.

Both sides are very adept at coming up with a real or imagined problem and offering the same basic solution: a law or regulation to fix it. They give no thought or consideration to whether or not the situation really is a problem. They don’t care who it affects, or what the consequences of the solution will be. Democrats and Republicans are only concerned about appearances. They want to be seen as “caring” and “concerned.”  Intent trumps outcome.

So how would Libertarians be different? First, we approach problem-solving in a fundamentally different way. Both establishment parties operate on the assumption government has the right to regulate the lives of individuals and seize the fruits of their labor without their consent, supposedly for the “common good.”

Libertarians operate on the exact opposite principle. We believe you own yourself and have the God-given, natural right to live in how you choose and use what you own and earn in how you choose, so long as you don’t forcibly interfere with the equal right of others to do the same.

So when facing a problem, Libertarians would first ask the question that no Democrat or Republican would dream of, or dare to ask if they did: Is this really a problem? Then we’d ask: How many people does it affect, and how? What are all the possible solutions? What would be the unintended consequences of each? Could they make the situation worse, rather than better?

Then we’d ask the clincher: Does this really need a government solution? How can individuals or groups, working voluntarily together, solve this problem without government bureaucratic interference?

Republicans and Democrats go apoplectic when that question comes up.

Libertarians look past intent, disregard talking points, and ignore smooth sales pitches. We focus on outcomes. We approach any issue from the viewpoint that everyone wants to solve the problem. They just may have different approaches. Libertarians put people first, not politics.

So how would this work in state government? Here are just a few areas where the Libertarian approach would fundamentally challenge the status quo.

In education, we’d support any attempt by parents, and students, to take control of education. We’d shift the focus of elementary and high school education programs and spending from educators to students. North Carolina can ensure all children have access to a quality education by lifting the burden of regulation from private education and homeschooling and by allowing as much school choice as possible.

Libertarians would apply the same approach to economic development. Instead of bribing selected businesses with incentives, subsides or tax breaks, we’d lower the tax and regulatory burden for all. The free market is far more efficient than government at deciding which businesses most benefit the people of North Carolina.

We’d also foster more accessible and equitable economic opportunities by eliminating most state occupational licensing requirements. Broader access would offer greater opportunity for both producers and consumers, especially the economically and politically disadvantaged. We trust that enhanced competition would be more responsive to individual consumer needs and allow for a better distribution of resources.

Everyone has the right to be free from pollution in their living and business situations. They have the right to prompt resolution of suits for damages. The best check on potential polluters is to provide an accessible and economical means for victims of pollution to compel full and complete compensation for all damage done by the polluter. However, only demonstrable damages to a person or specific group are actionable, and not vague fears of possible bad futures.

Recent reforms to North Carolina’s individual and corporate income tax system are commendable. But they don’t go far enough. Moreover, expanding the sales tax only increases the tax burden, especially on those less able to pay.

Libertarians would start real tax reform from the position that you should keep what you earn. Our goal would be to eliminate the income tax. We’d also accompany any tax decrease with a cut in actual government spending. That could mean eliminating programs favored by special interest groups. Since Libertarians would most likely be elected without special interest group support, this would not be a problem for us.

These are just some ways Libertarians would work to reshape a state government. Our goal is a free, peaceful and prosperous North Carolina – a state where every individual has the opportunity to pursue their unique vision of a rewarding and enriching life.

Brian Irving is vice chair of the Libertarian Party of North Carolina. He is the Libertarian candidate for NC House District 11 in Wake County. The retired Air Force officer lives in Cary with his wife Lisa. They have two adult children, six grandchildren, and one great-grandson.

It is the policy of The Lenoir Voice to educate our readers about organizations that are addressing the vital issues of the day. Publication does not imply endorsement.