Before jumping on the natural gas bandwagon, North Carolinians need to know that the shale fields of Central Appalachia are a living hell because of fracking and pipeline development

CHARLOTTE, N.C. – North Carolina-based Duke Energy, Virginia-based Dominion Energy, Inc. and its partners announced on March 22 that it has closed deals to sell virtually all of the natural gas expected to flow through the proposed Atlantic Coast Pipeline (ACP), which will originate in Harrison County, W.Va. – if approved.

And there is the catch. The ACP has yet to receive approval from the Federal Energy Regulation Commission (FERC). However, this latest announcement is just the most recent of a barrage of press releases during the past few years, as Duke Energy and its partners have been playing the “inevitability” card on this controversial project since it was announced. It is marketing propaganda at its best, supported by ruthless and questionable legal tactics to squash all opposition. 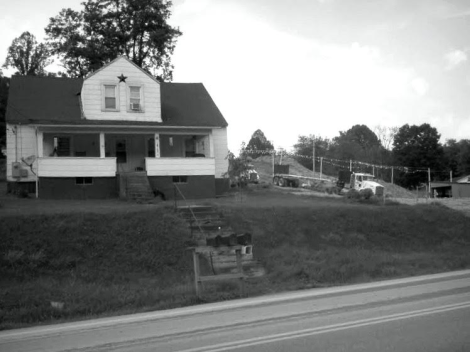 Pipeline construction runs next to this house near Weston, W.Va. Inhabitants in this home and others like it are bombarded with noise 24/7. Photo by Michael M. Barrick

So far, they’ve failed – at least at squashing a popular uprising among the residents along the pipeline’s proposed route. While it is certainly possible that the project will gain FERC approval, literally thousands of individuals and groups are fighting the ACP along every inch of its nearly 600-mile proposed route. In fact, opponents recently scored a victory when the U.S. Forest Service required the companies to devise an alternative route for the ACP because of the environmental damage it would do to three national forests in West Virginia and Virginia. Read more here: U.S. Forest Service Puts the Brakes on the Atlantic Coast Pipeline.

Indeed, through our sister publication, the Appalachian Chronicle, I have been covering fracking for several years now. Based on what our neighbors in Central Appalachia are experiencing, it is not a stretch to say that any perceived value from the proposed pipeline is far outweighed by the damage done to people, the environment and property rights by fracking and pipeline construction. 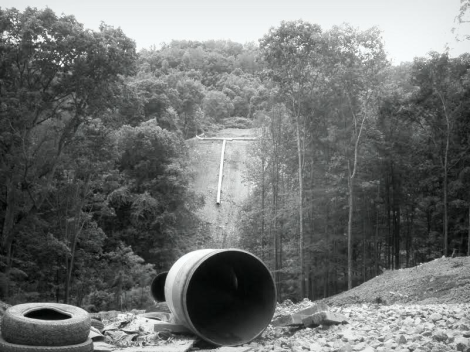 Pipeline construction on the Stonewall Gas Gathering line in West Virginia, from atop a ridge in Harrison County. Photo by Michael M. Barrick

So, since the pipeline is supposedly going to deliver what the APC partners call, “cleaner fuel” to Tar Heel residents, I believe it is important for folks in North Carolina to understand just what the people in West Virginia, Virginia, Pennsylvania and elsewhere have experienced because of fracking. Once educated, if we are any kind of neighbors at all, we will stand in solidarity with them against the fossil fuel companies.

Our response: pondering the age-old question, “Who is my neighbor?”

As residents living in the heart of the Bible belt, I believe that we should pause for a moment on what Jesus had to say in response to the question, “And who is my neighbor?” You’ll find the answer in Luke 10: 29 – 37. I will tell you that once Jesus answered the questions, his followers were told, “Go and do likewise” (Luke 10: 37b). In short, after you read this, you will see that our neighbors to the north are in desperate straits and need allies to oppose the APC.

Out of their own mouths

In might seem odd to reference scripture on this topic, but the truth is, the gas industry does it repeatedly, claiming dominion over virtually any piece of land they want.

So, I think it appropriate to begin with the last FERC ACP meeting held in West Virginia just about a year ago in Bridgeport. It was there that Executive Director Corky DeMarco of the West Virginia Oil and Natural Gas Association (WVONGA) said that it is not God’s will that West Virginians be farmers. Instead, he said, it is God’s will that the natural gas industry extract all it can out of the Marcellus shale. It doesn’t take much to realize that what DeMarco really meant is that gas and oil executives enjoy what is akin to “The Divine Right of Kings” and that farmers are just not that important, especially when they are in the way of profits. Read the full story: Natural Gas Industry Moves from the Absurd to the Profane. 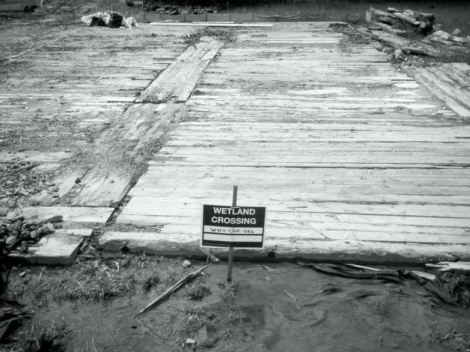 It is this attitude expressed by DeMarco that has led to the death, destruction and heartache facing the people in the shale fields of West Virginia and Pennsylvania, as well as Ohio. These articles also provided insight into what the folks living along the ACP route – from North Central West Virginia to Southeastern North Carolina – can expect in dealing with these corporate monoliths.

First though, a primer on fracking.

Fracking is a slang word for hydraulic fracturing, the process of injecting a fluid consisting of water, sand and chemicals at high pressure into shale. This fractures the rock, releasing natural gas, which is then extracted. In West Virginia, Pennsylvania and other areas of the Mid-Atlantic, the Marcellus shale, a layer of rock 3,500 – 8,000 feet below the surface, is the object of fracking. The vertical depth of the formation is about 150 feet.

Dead and injured workers (here and here), explosions on fracking pads (here), dead and injured motorists (here and here), destroyed wells and streams (here), dead livestock (here) and sickened residents (here) are just some of the public health and safety risks associated with fracking. Indeed, the list is rather long. In this article, A Dirty Dozen Reasons to Oppose Fracking, the negative by-products of fracking are outlined and explained.

Those most directly impacted by the effects on fracking and related pipeline development have some harrowing stories to tell. Still, they stand their ground.

The most recent – and frankly, stunning story – occurred in Dinock, Pa. earlier this month when a jury agreed with two families and awarded them $4.2 million in their lawsuit against Texas-based Cabot Oil & Gas because of damage caused them by fracking. Read more here: Jury in Pennsylvania Fracking Case Sees Clear Value in Lives and Property. 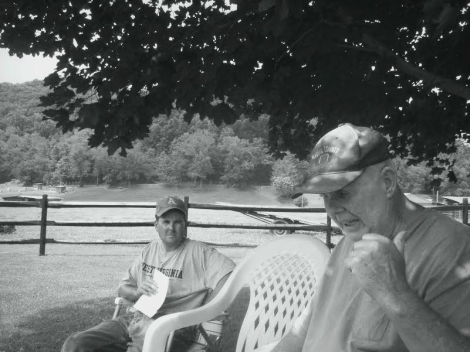 Farmer Justin McClain, left, listens as his father Robert talks about the impact of pipeline construction on their land. Photo by Michael M. Barrick

This next article, Standing Their Ground, tells of the determination of a farming family in Doddridge County, W.Va. to be treated justly when a company building an intrastate pipeline in West Virginia last summer ran roughshod over everyone along their 56-mile path. While this is not the ACP, it does provide insight into what residents in the way of a gas company can expect. Because of complaints from folks like these, and the work of some reporters, the state did issue citations. Read more here: West Virginia Pipeline Project Cited for Numerous Violations.

At the same time, just over the ridge in Lewis County, Myra Bonhage-Hale, 80, left her home of 35 years to escape the environmental destruction and public health hazards. You can read her story here: From “Almost Heaven to Almost Hell.” A follow-up article is here: Breaking Ground, Breaking Hearts.

Meanwhile, a landowner who owns land in some of the most pristine areas of the high eastern ridges of West Virginia learned just how ignorant – or uncaring – ACP partners are about the unique features and challenging topography of the mountains and valleys they hope to cross. You can read his story here: Seeking Dominion over His Own Land.

In this article, Voices Out of the Wilderness  you can learn of the work of numerous residents in the area. 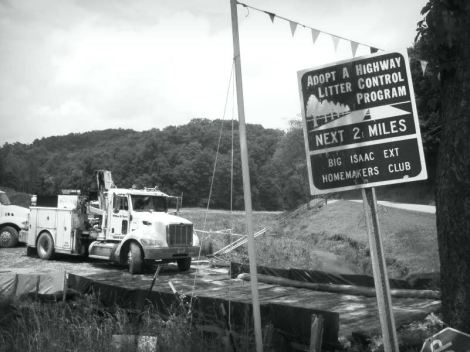 Also in Lewis County, a resident wishing to avoid conflict (Reluctant Activist) still entered the fray. In fact, she warned county commissioners of the dangers from the heavy fracking traffic in her community, a warning which turned out to be prophetic, as you will read here: Victim in Fracking Truck Accident had Warned Commissioners of Roadway Dangers.

In December, a group of citizens met to organize their efforts, as can be read here: Citizen Groups Organizing in Response to Fracking.

The Virginia-based Dominion Pipeline Monitoring Coalition requested documents that relate to directives from Governor Terry McAuliffe to state employees about the Atlantic Coast and Mountain Valley Pipelines. That article is here: Ecological Monitoring Group Challenges Virginia Governor to be Transparent about Pipeline Deliberations.

Other responses by citizens can be read in the following articles:

Though public health and the environment are clearly threatened by fracking, so are property rights. Though FERC is only to approve projects that are in the public interest, there is a real risk that Dominion and its partners will get that approval, though the pipeline serves only one purpose – to provide profit to shareholders. Indeed, the tactics of Dominion and other energy companies indicate that they are already abusing eminent domain, as reported here: EQT Letter Characterized as Misleading and Bullying. In fact, a resident in Harrison County wrote this in response to her concerns about FERC: FERC Challenged to Be Truly Independent. 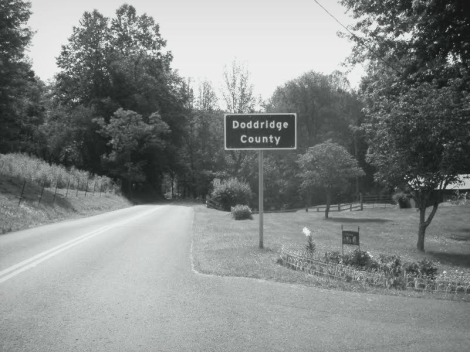 Pristine views of Doddridge County like this one are quickly disappearing due to fracking and pipeline construction. Photo by Michael M. Barrick

The concerns and experiences of these Appalachian residents to our north are corroborated by numerous independent groups and studies.

After the ACP offered an alternative route when ordered to do so by the U.S. Forest Service, Virginia-based Allegheny-Blue Ridge Alliance said, “Once again, Dominion has proposed a route without thinking through or understanding the environmental and other consequences of its decision.” Read the full article here: Proposed ‘New’ Route for Atlantic Coast Pipeline no Better than One Rejected, Say Opponents.

Most seriously, fracking is causing major public health issues, including increased morbidity and mortality rates, as you will read here Health and Well-Being of Residents Being Subordinated to Fracking Industry  and here Fracking Poses Threats to Public Health, Say Experts.

Yet, despite the evidence, the corporations plow ahead with their plans to build the ACP. Secretary Randy Huffman of the West Virginia Department of Environmental Protection admitted outright that he is unable to do this job because of the effects of crony capitalism in the Mountain State. Read the whole article here: WVDEP Secretary Acknowledges Political and Business Climate Limit Agency’s Effectiveness.

Even the mainstream press in West Virginia can’t be counted upon to report the destruction caused by fracking. For instance, the only newspaper in Clarksburg is owned by gas and oil interests, as you will read here: Clarksburg Newspaper’s Independence in Doubt.

The end result? At a rally at the state capitol in Charleston, hundreds of citizens gathered as the West Virginia legislature adjourned. Their message: ‘You Make us Want to Leave’. 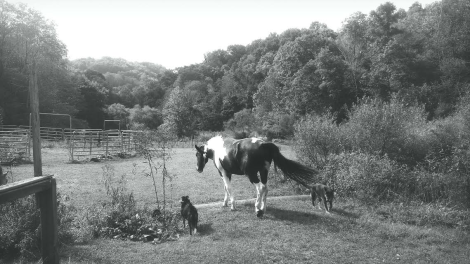 This farm, in Lewis County, is threatened by potential pipeline construction. Photo by Michael M. Barrick

So, that is how the people most impacted by fracking and the related pipeline development feel about the whole mess. What then, should be our response?

We are still in the season of Lent. There is no better time for this Bible-belt region to reflect upon the damage done to our neighbors to the north by rampant consumerism and materialism. To that end, the following are offered for your consideration:

Our neighbors are in trouble. Shall we pass them by, or will we be modern Good Samaritans and become allies in their cause?